The Women’s XTERRA World Championship is THE storyline especially with what just happened two weeks ago.  Sure the men will be racing but the drama, excitement and allure of surprise all lies with the women right now.  It’s been a dramatic year and then big news broke for the Pro- XTERRA women just weeks before the World Championship.  Before we get to the news, here is just a small recap of this season to give you perspective and provide you with some clarity on who might have what it takes to be crowned the Champion in Maui.

THESE WOMEN MAKE ALL THE OTHER WOMEN WORRY:

Penny Slater took the win and took down Samantha Kinford at the Asia-Pacific Championship did we expect it?  We were more impressed by Penny Slaters win! Were we surprised, No. Was it exciting, it was because it made us wonder what Penny might be capable of in the future.

Then, when Suzy Snyder beat the reigning World Champ, Lesley Patterson, at Oak Mountain did you expect it? No!  Were we surprised, not as surprised as Suzy was that day. Was it exciting, it gave every kid hope that you could take a top spot on the podium with enough work.

Then, Samantha Kingsford beat Suzy Snyder in Canada and did we expect that?  We knew Samantha has a gift. Were we surprised, not really. Was it exciting, it made things more dramatic as the season was building.

But then, Suzy Snyder beat Samantha Kingsford in Beavercreek did you expect it?  Sure, we believed in Suzy Snyder and love her! Were we surprised, Not at all. Was it exciting, no doubt and started thinking about Suzy in Maui at this point.

Then Utah happened, when you need to be in tip top shape weeks before the World Championship Lesley Patterson caught Samantha Kingsford on the run at the Pan-Am Championship.  Did we expect it? Yes and no, but had a feeling Lesley was up to something. Were we surprised, No. Was it exciting, nothing could be more exciting just weeks before Maui!

The top contenders who took down a tape in 2019 are getting ready for the XTERRA World Championships which include Penny Slater, Suzy Snyder, Lesley Patterson, and Samantha Kingsford.

It was an incredible year for the Pro-XTERRA women and the sport in general and if your a spectator on October 27, 2019 get your popcorn because this will be the most stacked women field in 24 years with no clear winner.

In fact, the list above does not include the women that have already been training on Maui like the Kiwi Lizzie Orchard who is getting ready for the new 2 lap bike course.

So, will the American, Suzy Snyder, write a Cinderella story and raise the red, white and blue flag?  When she beat the reigning World Champion she showed us that Suzy has what it takes but will she bring it that day?

Penny Slater showed us this year that she can win in a stacked field but she has had an emotional year with ups and downs.  She had new sponsors and a fair amount of travel. Does this young talent have the emotional fortitude to fight through the stress, the social media drama, and embrace the day and take home a World Title?

Or maybe, Samantha Kingsford,  who showed us that she can climb like a World champ in Utah.  The looming question remains how will she get faster before Worlds? Well, let me tell you.  Right about now Sam Osborne would typically be training with his friend and 2017 World Champ Bradley Weiss up in the mountains before Worlds but it looks like Brad has been replaced by Samantha Kingsford.  The fact that Samantha Kingsford is out crushing workouts with one of the best on the men’s side should make every woman tremble including the reigning World Champ. Will the fact that Osborne is pushing her and will give her invaluable insight she needs for Maui to become a World Championship?  And to think that it could be a ‘Sam’antha and Sam kind of day?

But before we hype up the field to much lets not forget the Scottish Rocket is still the Scottish Rocket.  Sure, Lesley Patterson, won this year and lost this year but she won the biggest race thus far which was Utah and she is looking primed for Maui.  She is the best in the business when it comes to climbing both on two wheels and two feet. She’s won 3 XTERRA World Championships which is the most in the field…..

THE REST OF THE STORY

Three XTERRA World Titles was the most in the field for the women up until about 2 weeks ago when Flora Duffy dropped the news that she would be back.  Flora has won the World Championship 4 times and consecutive years until she pulled out due to injury in 2018.

The expectation is for her to show up and win, but will she dominate like she has in her last 4 appearances as she prepares for the Olympics?   There is a certain amount of confidence that comes with crossing the line first that you always keep with you. It creates certainty inside of you.

What we are not certain about is how fit Flora is and we know she wont show her cards until after the race.

In Maui, you either win the title or you don’t.  There isn’t space for excuses and quite frankly excuses aren’t written up in the paper the next day.  What we do know is that she is healthy enough to race on Maui but so is the rest of the field.

Last year, while hoping for something magical all the data showed that Lesley Patterson would dominate ……and she did.

2019 is a different story.  In fact, THE REST OF THE STORY are the WOMEN this year..  What women will step up in the most exciting storyline in XTERRA history?

We have three women that didn’t lose in Maui last year, Patterson, Duffy and Kingsford.  Slater and Snyder were in the top 10 last year and maybe we forgot someone? This story line building into Maui and is better than any reality TV show can fabricate on a Tuesday night.  This is raw, uncut, and pure drama at his best and EVERYONE will be watching! 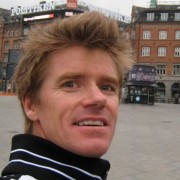